Political Voice Broadcasting:
How to Interview Thousands of Voters in a Few Hours and Predict a Voter Turnout

Local authorities’ elections in a union territory Jammu and Kashmir were held for the first time. If these elections will be successful, they will bring a beneficial impact on modernization and democratization of the state.

That is why it is necessary to convince people to vote for their future. It is also important to learn potential voters’ moods: what do they think about elections, will they vote, and for whom.

Our client decided to conduct a survey of adults living in the state of Jammu and Kashmir. If he will know who will participate in the elections, he can organize a decent electoral campaign. Although he does not have enough people to fulfill the task. 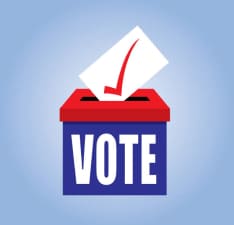 Outsourcing call centers were closed or worked away from their offices due to COVID-19 restrictions. One hour of such a call center's work costs 12$. An operator is able to call 15 contacts in one hour. So it would take 6-7 days to call all contacts from our client base. It is too long for our client task.

Before the client will get the result

To convince citizens to vote and to learn how do they feel about elections in a short time.

2 Then managers analyzed the case and decided that it will be better to use a robot voice. It will increase confidence and the number of answers – people will not be afraid to confirm their participation in the elections. According to this decision, all audio clips were generated from our client’s text.

A full audio message should have been no longer than 1 minute to save respondents’ time.
Thanks to it, 70% of contacts took the survey.

All solutions adopted helped to achieve the accurate outcome.
Real overall voter turnout was around 54% while the survey results predicted it will be around 51%.

Dialing and calling a huge amount of phone numbers

Receiving and recording of respondents’ answers

Then managers analyzed the case and decided that it will be better to use a robot voice. It will increase confidence and the number of answers – people will not be afraid to confirm their participation in the elections. According to this decision, all audio clips were generated from our client’s text.

“Will you participate in the vote?”

The respondent could answer positively (like “yes”, “I will”, “of course” and etc.)

The respondent could answer negatively (like “no”, “I won’t”, “do not want to” and etc.)

After that, the robot gave thanks to the respondent, said goodbye, and finished the call.
All answers were recorded and the client could check them in his personal account in real-time.

Example of an audio clip

Respondents confirmed their participation in the soon vote

Effebot helped our client to call all contacts for 2,5 hours instead of a week.

Short audio clips, a clear question, and the robot’s politeness helped to improve the audience’s interest - 11 663 contacts agreed to take the survey.

Our client was able to organize a decent electoral campaign using the results he got.

Robocalls cost less than an outsourcing call center service – our client saved both his time and money.

Member of
the Campaign
Team

“Our team didn’t even expect such great results! We just wanted to know what people living in the state of Jammu and Kashmir think about elections, especially in such an unpleasant situation as we had in those days. Effebot surprised us: it accomplished the goal really fast and give us pretty accurate data. We almost predicted the real voter turnout!
We are very grateful to Effebot managers which gave us perfect solutions for our case. I think we will use this service in our future campaigns because the robot established itself as a reliable partner“

First 10 calls at our expense!

Make an account on effebot.com and get a trial balance to start your first voice broadcasting for free.